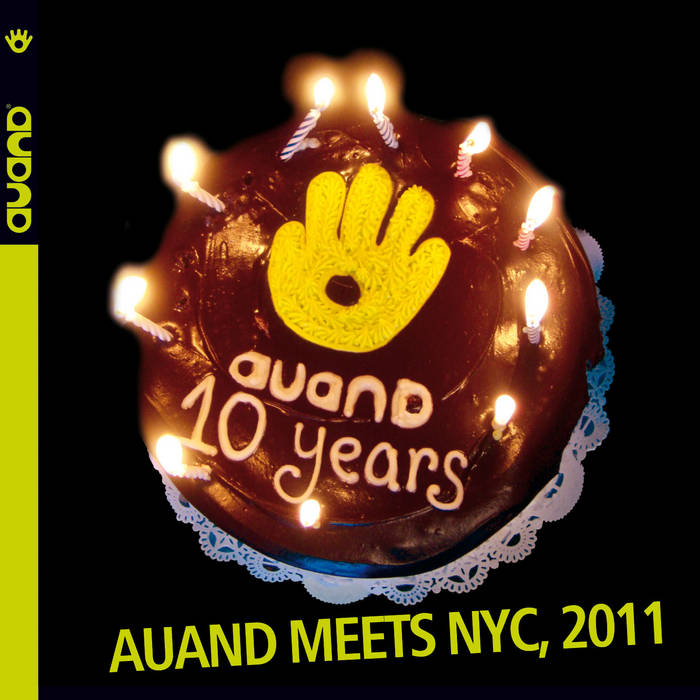 It was 5 years ago, November 2011: equipped with much enthusiasm, ten Italian musicians, later joined by some of the most interesting artists in the New York scene, landed in the U.S. to take part in one of the most defining experiences in Auand Records’ history.

The extract from the second show, hosted at Zebulon, is Gabrio Baldacci’s duet with Tim Berne, performing a track from their album Intollerant, while a special lineup of Giancarlo Tossani’s Synapser is part of the third show, along with Gaetano Partipilo, Miles Okazaki and Dan Weiss trio – both performances were recorded live at Barbès.

The overflowing rendition of Francesco Bearzatti’s well-known tune Virus belongs to the last part of the festival: the composition was rearranged for a unique tentet named A10A10, featuring trombone giant Ray Anderson, to celebrate 10 years of the label. That live show was also the main reason why a new band, Auanders, was formed after that performance, when all the musicians were back to Italy. Last but not least, the very final show was performed by guitarist Walter Beltrami, with Jim Black on drums.

recorded in New York during AUAND MEETS NYC on November 1-5, 2011