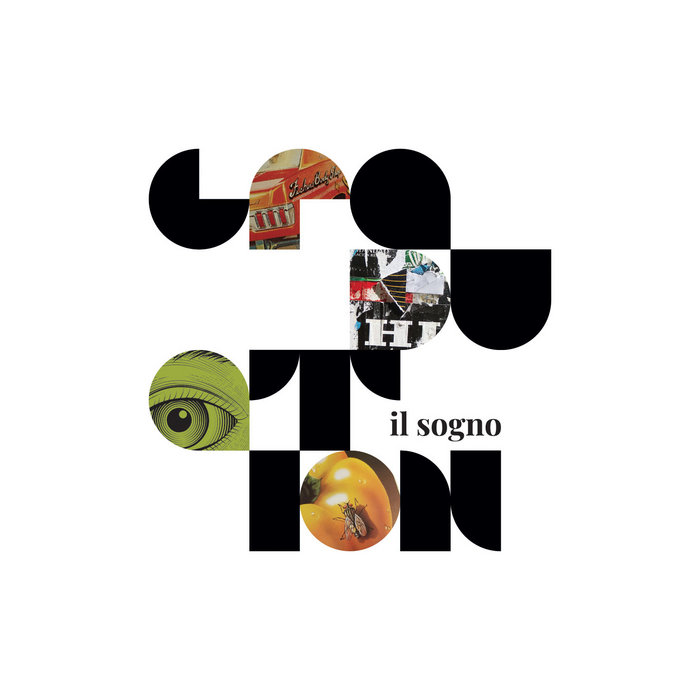 After a three-year hiatus, Italian pianist Emanuele Maniscalco (Wurlitzer piano, OB-6 synth) joins forces with Polish (and Copenhagen-based) double bass player Tomo Jacobson and Danish drummer Oliver Laumann, AKA Il sogno (“The dream”) for a very special project commissioned (and entirely funded) by Fondazione del Teatro Grande di Brescia, published by Auand Records and co-produced by Gotta Let It Out.
«In some ways – Maniscalco explains –, “Graduation” wants to be just the proof of a long-awaited encounter; in other ways, it’s a concept album that embodies the successful completion of the path I followed, and at the end of which I finally felt ready to get rid of the need to add unnatural consistency to my work. Instead, I could finally unleash the different spirits and references that populate my music.»
With almost 80 minutes of music, “Graduation” will be released as CD, double LP and on Bandcamp on Friday, May 7th. A shorter streaming-only version, made up of 10 singles, is being released starting Friday, April 9th on a bi-weekly basis until mid-August.
Encompassing a wide range of moods, from dreamlike ones (quite fittingly, given the band name) to more throbbing tracks, an original sound identity pervades the entire work – compared to previous and mostly acoustic albums, this new one leans more towards pop and electronics. Keeping the rhythm section acoustic and adding both an old Wurlitzer and an analog poly synth (instead of an actual piano) allowed Maniscalco to create a deep connection between distant worlds.
The tracklist includes free improvisations, originals (“Pick A Card, Any Card” and “Strings”), tunes penned by Jacobson and Laumann, and also cover versions of songs that Maniscalco kept listening over the last few years: Milton Nascimento’s “Um gosto de sol”, Alice Coltrane’s “Turiya And Ramakrishna”, and a theme by Fiorenzo Carpi that is firmly anchored in Maniscalco’s childhood memories.
«“Theme for Sweet Pea” – the composer reveals – is inspired by Peter Del Monte’s 1981 visionary movie “Piso Pisello”, which I watched for the first time when I was a kid. Fiorenzo Carpi’s amazing soundtrack is still fixed in my memory because my father still plays it from time to time. When I rewatched it a few years ago, I immediately realised this trio would perfectly handle one of its themes».

Quelle Chris joins the show to discuss his most recent release, "DEATHFAME"